For example, let us consider a database to manipulate details about cars and its owners. Also, let us assume some conditions as follows;

Let us consider another database that stores data about entity sets Owner, Car, and Bike. Also, let us assume the following conditions;

The following ER diagram shows the database with three entity sets Owner, Car, Bike and two relationship sets Car_Owner and Bike_Owner for the given requirement. 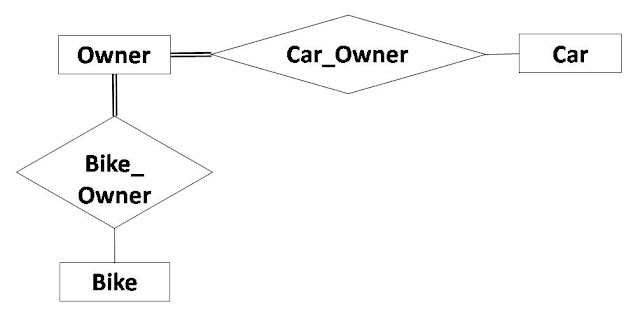